From Civic Centre to Union Lock 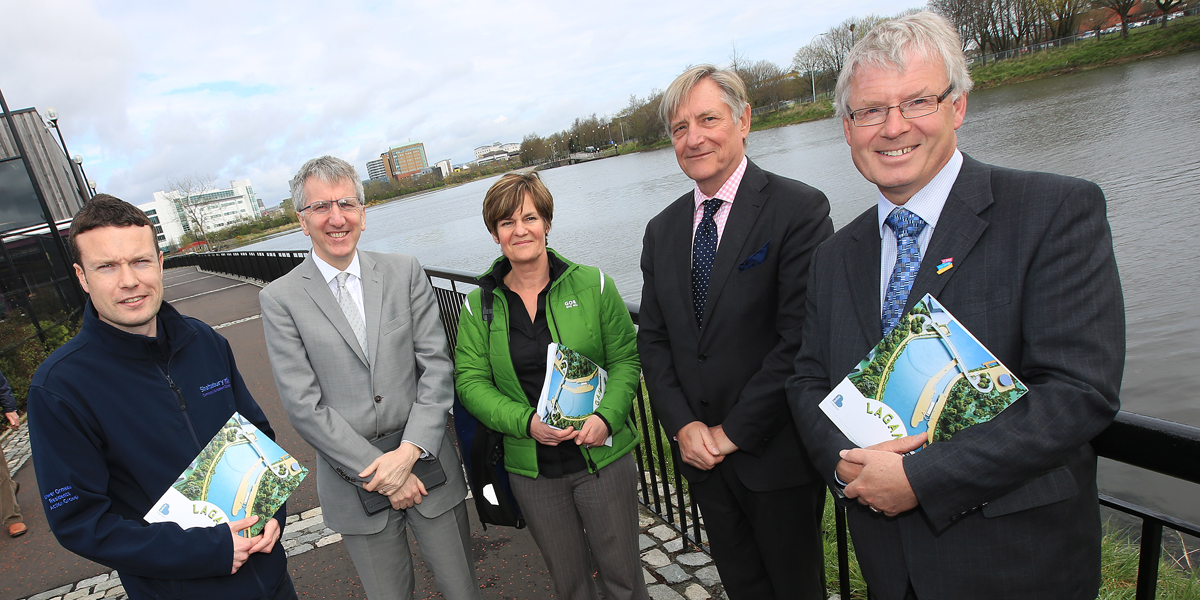 From Civic Centre to Union Lock

For some time, I’ve been promising to walk from the Lisburn Civic Centre (just spotted the impressive, award-winning new library across the way but have yet to visit) to Union Lock at Sprucefield. But today I ticked that box.

Along the way, I didn’t spot the elusive kingfisher — though he flew above my head at the stretch of towpath beside Malone golf club in early May — but I did see something more amazing: the early renovation of the elaborate Union Lock.

The Lagan Canal Trust are behind a new push to clear and make the lock, first opened over 200 years ago, visible again. Says the Lagan Valley Regional Park guide about this unique Irish treasure which has lain abandoned for over 50 years: “The Union Locks comprised the only multiple lock system on the canal, with an impressive flight of four locks (Numbers 14-17), divided into 2 sections by a pond to allow boats to pass. The Union Locks were constructed to lift the canal 26 feet 4 inches from the River Lagan to the summit level of the canal system within a distance of less than 100 yards.”

There was zero activity on the river between Lisburn and Union Lock, no surprise there since we have yet to make the entire Lagan navigable from Belfast Harbour to Lough Neagh — and from there, of course, to Limerick.

Jeffrey Donaldson MP is Patron of the Lagan Canal Trust and a strong advocate for not only re-opening the canal but leveraging the project to build up and regenerate the communities along its path. As Jeffrey knows, I’m at one with him on that project.

All the parties in South Belfast recently agreed to make the rejuvenation of the Lagan a key Belfast Investment Fund project in the time ahead. Belfast Harbour Commissioners are kicking off the work by building a marina at the Odyssey, Ulster Garden Villages want to chip in a cool million pounds to see the dream realised, and Castlereagh Council is about to invest in restoring the lock at the Lock-Keeper’s Cottage.

This is a project which will create jobs, boost our health, attract tourists, and invest in our cities. The Lagan is a wonder of Belfast, we have had our backs to it for far too long. Let’s take inspiration from the young canoeists we see on the water at Shaws Bridge every week and the hardy souls who kayak as far as Drumbeg: let’s turn back to the river which gave birth to Belfast.

On the Lagan towpath recently with Ronan McKenna of Shaftesbury Recreation Centre, Sabine Kalke of Belfast City Council, famed urbanist Eric Reynolds (who was in town to address CBI annual bash), and Nigel Smyth of CBI.

And today, a Blackberry picture of a worker (just in frame) clearing weeds from the all of Union Lock in preparation for a survey of the walls for restoration purposes this week.