“There is a crack in everything, that’s how the light gets in” “There is a crack in everything, that’s how the light gets in”

Do not dwell on what has passed away or what has yet to be, sang Leonard Cohen.
Things just got darker with his passing but amidst the loss the bells still ring.
I was reminded of his prayer for contentment amidst imperfection when I visited the Zen Hospice in San Francisco recently and admired this painting (above) of the traditional Buddhist enso or Circle of Englightenment with its cracks. Where the light gets in.
Ring those bells.

Míle buíochas, a thousand thanks, to all who contributed to my NYC marathon fundraising efforts on behalf of the homeless families charity WIN in New York.
The WIN runners, under coach Christine Quinn, raised just over $30,000 and I surpassed my enhanced $6,000 target thanks to the generosity of readers of this blog.
As for the run itself, the miles were longer and the bridges higher than when I last ran it in 2012 but, courtesy of the cheers of Assemblyman Mike (who won his own electoral race this week) and Lorena Fitzpatrick  and Suzanne and Joe Aquino, plus many others along the route, I made it over the line.

“The mad cage of English” 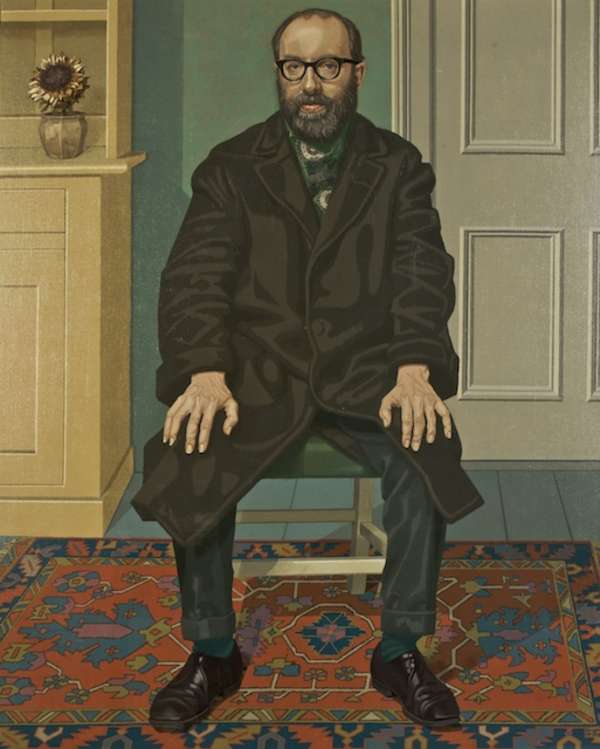 My other treat to round off a busy week of ministerial engagements in San Francisco and the Big Apple was to read a poem at Poetry Fest, curated by Irish poet Nick Laird, in that treasure of Irish America the Irish Arts Center. I selected a poem from the early seventies by Pearse Hutchinson (right), a great poet in both English and Irish, which references my hometown but is based on a visit the poet took to Scotland. I present it as a Sunday gift to all those who make the Irish Arts Center the soul of Irish America and as a salute to their rebuilding efforts.

“You’d miss the Gaelic from the placenames”,
you said, turning from the danger-seat to me in the back
swigging Talisker,
driving through Wester Ross making for the Kyle of Lochlash.
And the next signpost we came to was Achnasheen.

How could there be any Gaelic “for” Achnasheen?
Is isn’t Gaelic any more. It could never be English.
Despite the murderous maps,
despite the bereft roadsigns,
despite the casual distortions of illiterate scribes,
the name remains beautiful. A maimed beauty.

Hiding behind it somewhere
its real name.

And I remembered the first-time crossing the Border,
not the Highland Line but the one from Cavan into “Ulster”,
and missing the Gaelic placenames, the maiming ugliness of that;
guessing the real names, failing to guess, the irk of that,
like a horsehair down the back.

The Gaelic names beating their wings madly
behind the mad cage of English;
the new names half the time transparent, but half the time
silent as the grave
English would bury Irish in.

Later we saw Beinn Aillegáin: the jewelled mountain —
but not called that but keeping its true name:
Beinn Ailleagáin
wearing its name like a jewel
upon its snow-white breast

like the jewel of the Gaelic tongue
that old men and young women keep shining and singing
all over the Catholic islands and the Calvanist
islands for all the invader
and his casting quisling ministers could reek.

And will the black sticks of the devil, Eoghan,
ever pipe us into heaven at last —
as one night down the torchlit streets of Áth Dara —
into a heaven of freedom to give
things back
their true names?

You can follow all of my ministerial goings-on via my weekly Finance Department Ezine by signing up here. You can also follow our busy governmental agenda delivering positive change on my departmental Twitter and Facebook accounts.