‘The soul of Ireland resides in Irish America’ 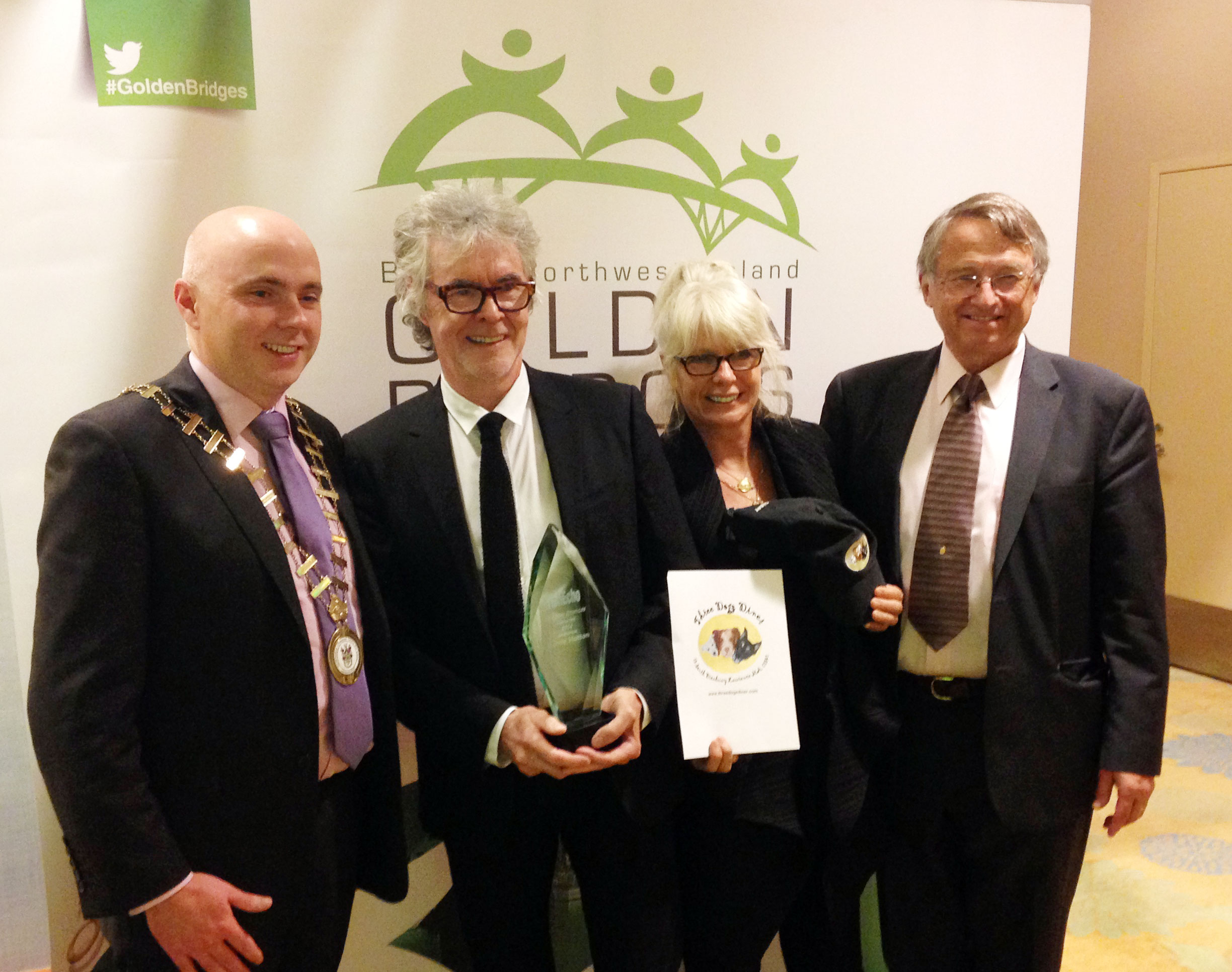 ‘The soul of Ireland resides in Irish America’

I thought Ireland’s greatest visual artist Robert Ballagh captured the mood perfectly at the Golden Bridges gathering in Boston when he told our audience of 200 change makers from Donegal, Derry, Belfast and of course Boston and Massachusetts that the soul of Ireland resides in Irish America.

Certainly, the warmth of the welcome at the Seaport Hotel and World Trade Center and the dynamism of our delegates bore evidence to the conference theme of New Alliances in a New Era.

The focus now will be on pledges made, commitments given and actions planned and the good news in that regard is that the ‘Belpot’ ice hockey tournament discussion between our friends in the Belfast Giants and the colleges of Boston — under the auspices of Mayor Marty Walsh’s Chief Corporate Counsel Gene O’Flaherty — made significant progress.

With Boston and Belfast now united as sister cities, these transatlantic golden bridges are firmer now than ever.

Whatever about the soul, the heart of Ireland was certainly beating strong in the exclusive surrounds of Cipriani’s on 42nd Street on Friday night when I popped along to show my support for the annual Irish Arts Center new building fund. 600 people turned out, led by Shuan Kelly of KPMG (and Belfast) and Shane Naughton of Inundata — Liam Neeson was hovering too — and I’d be surprised if the final tally doesn’t put another million dollars into the kitty for the most important arts initiative in Irish America — a new home for the Irish Arts Center.

Finally, that master lensman Dónal McCann will launch a catalogue to accompany his exhibition of my mayoral year on Saturday next, 18 October, in the GT Gallery, Belfast. It was an extraordinary journey for the intrepid snapper: 10,000 photos taken, 1,000 on the web, 66 in the catalogue, 24 in the exhibition. Come along and raise a glass to the heart and soul of Belfast in an exhibition which takes it name — ‘We, Too, Sing Belfast’ — from a famed poem by Harlem renaissance poet Langston Hughes, ‘I, Too, Sing America’. Just another golden bridge between America and Ireland.

Focal Scoir: My journey to New York post-Boston was to put finishing touches to plans for the Irish Labor 50 celebration in New York on 7 November, the premier event in the US honouring the mammoth Irish American contribution to the trade union movement in America. I’m delighted the highest-ranking Belfast labor leader in the US, Robbie Hunter of the 400,000-strong State Building and Construction Trades Council of California, is throwing his weight behind this year’s gathering. He is an extraordinary leader with a clear message which resonates on both sides of the Atlantic: political participation is good for working families.