Spirit of peace at the negotiating table 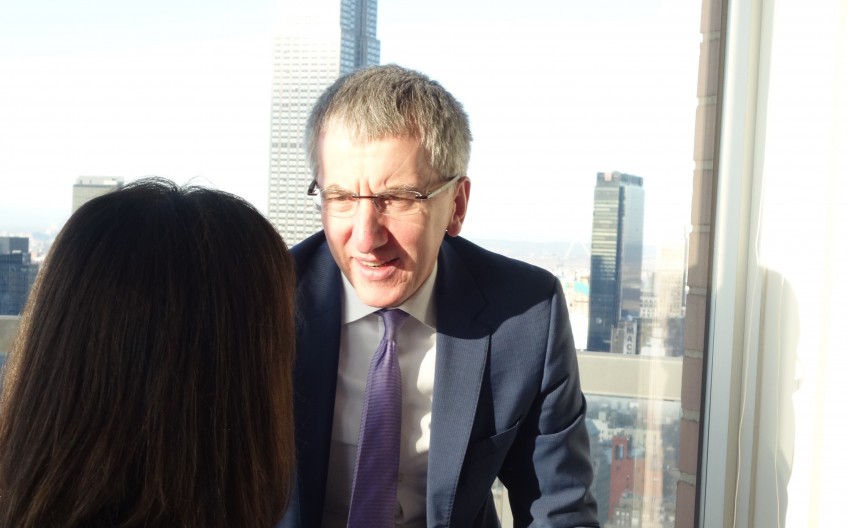 Spirit of peace at the negotiating table

December 21, 2014 Máirtín Ó Muilleoir Blog 0 Comments
We have the timing right: the talks at Stormont move into the final stretch tomorrow in the very mouth of Christmas. I am confident the spirit of peace and reconciliation has a prime seat at the negotiating table.
Certainly, I can attest, after a swift run this week through New York, Philadelphia and DC, that Irish America is in our corner and our many friends are keen to see a resolution of those vexed issues of the past, identity and parades which continue to stymie progress.
I was in the US to promote Homecoming 2015 on 23-26 September, a unique opportunity for the Diaspora to join the conversation about building a better Belfast.
We saw in Monday morning in the residence of the Consul General of Ireland Barbara Jones and her hubbie Oliver where Shaun Kelly of KPMG and Kieran McLoughlin of the Ireland Funds spoke powerfully about the new Belfast which they witnessed during the Global Ireland Funds convention in June past.

In Philadelphia for lunch, Kevin Kent and Bill McLaughlin of the Irish American Business Chamber and Network told me the 2015 Homecoming will clash with the start of Pope Francis’ visit to the City of Brotherly Love. No competition then!

In Washington DC on Monday evening, the Ancient Order of Hibernians pledged to send a 10-strong delegation from the Tri-State area of Maryland, Virginia and DC which would bring a special focus on small business, regeneration and social justice.
And the following morning, Stewart — an attendee at the 2014 Homecoming — Bronagh and Chris of the Northern Ireland Bureau rolled out the red carpet for this Belfast visitor to regale an audience of Irish American influencers about our 2015 plans.
The generosity and drive of Irish America remains the engine of the Homecoming and I am confident we will over coming months put together the biggest-ever delegation of friends of Belfast in the US to Béal Feirste.
At the Irish Echo office on Wednesday, we laid out our plans for the Irish Law and Order 50 in January which honours great Irish American police officers, unaware of the double tragedy which was to strike the NYPD this weekend. Our thoughts are with Commissioner Bill Bratton and the many great advocates for Ireland who served or serve in the NYPD and who make up that great city’s thin blue line.
Thankful, therefore, for all we have and committed to building a brighter future, we push into the final phase of our talks send out Christmas greetings from Belfast to all. Nollaig shona daoibh.