Small decisions which made a big difference Small decisions which made a big difference

At a truly inspired Festival of Economics hosted by social enterprise umbrella group NICVA, I was asked to speak on Big Ideas.
I suggested insted some small — but groundbreaking and certainly inspired ideas —  which have made a difference in the Belfast of my time.
The first was the decision by five families on the Shaws Road in West Belfast to come together in 1969 to build homes beside each other and raise their children through Irish.
Every significant development in the Irish language revival in the North since that dates springs from that decision.
The second was the decision in 1990 of a small band of gay activists to stage Belfast’s first Pride parade. With the possible exception of the peace itself no change has been more positive and impactful in the two decades plus since that decision than the flowering of the LGB&T community of Belfast. The Pride parade, now the largest city-centre parade in Belfast, is the greatest public representation of that change each year and yet it too harks back to that decision in 1990.
And seemingly small decisions with the potential for a huge ripple effect are continuing to take place. 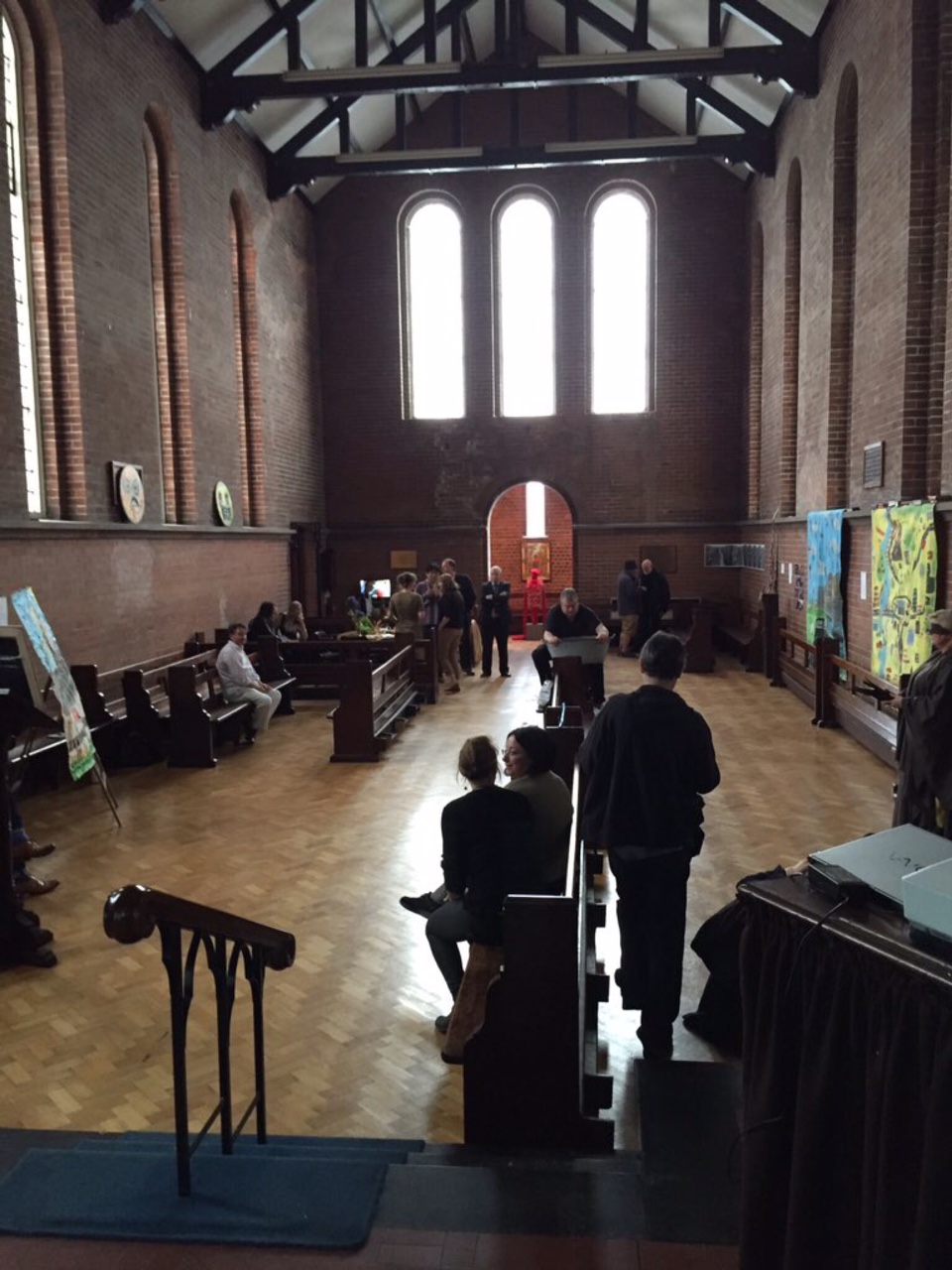 RIGHT: Inside the deconsecrated St Martin’s Church of Ireland Church which was turned into a dynamic art gallery

On Thursday evening, I visited an art exhibition in St Martin’s church on the lower Newtownards Road, a wounded part of our city, where a group of artists were staging an evocative and respectful artshow. All the works, selected by artist turned curator Bronagh Lawson, were relevant to their surroundings and encouraged reflection.
However, the medium was the message. This was an area of Belfast where over many years government departments have struggled to find ways to heal the divide between two communities.
And here was a group of artists who had done just that: bringing life back to an area more recently associated with conflict than collaboration.
Another small idea with huge potential. Who can say that the artshow in St Martin’s Church as part of EastSideArts won’t be as seminal in its own way as the other decisions listed above which have changed the face of Belfast?