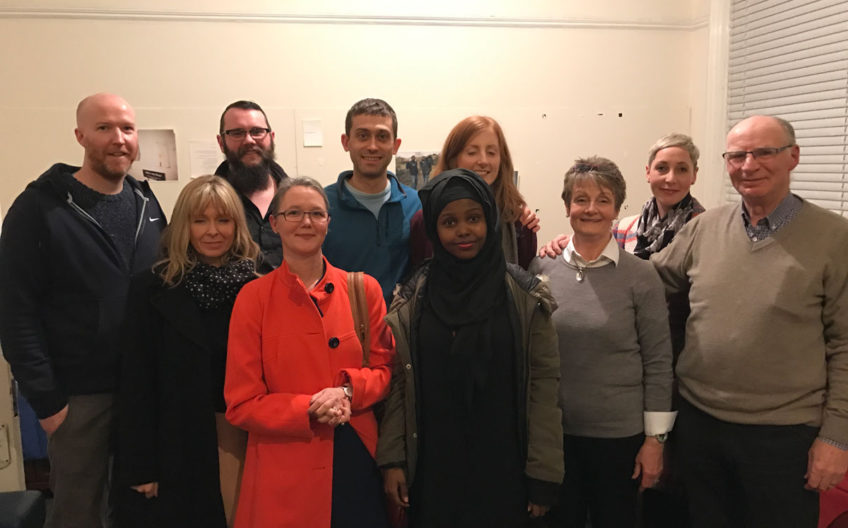 December 18, 2016 Máirtín Ó Muilleoir Blog 0 Comments
Belfast is blessed arith legions of people who will go the extra mile this week to ensure the poor and the needy do not completely miss out on the Christmas cheer most of us take for granted.
When I called into the Presbyterian International Meeting Place in my constituency on Friday the irrepressible Keith Preston — who I reckon is the original loaves and fishes guy though he insists someone else got there first — was starting off lunch for an estimated 70 guests. Patrons of the centre on the Lisburn Road come from every part of the world, many fleeing war, but what all share in common is the warmth of the welcome they receive.
Among those I met were asylum seekers from Iran and Iraq as well as old friends from Sudan and Somalia — their proficiency in English an illustration of how long they have been caught in the asylum seeking limbo.
Keith tells me he expects 100 guests for Christmas dinner at the centre with courses being prepared by three different Presbyterian churches. Lowe Memorial Church in Finaghy meanwhile is co-ordinating hampers for the Meeting Point visitors. 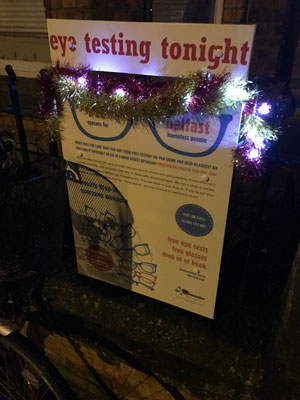 Nearby, at SeeBelfast, they focus (pun intended) on providing eye care for the homeless and asylum seekers. On Thursday past, I called into their busy clinic at Homeplus NI, a place of refuge for the homeless in the University Area. Sarah Wright, co-founder, had her team of optometrists flat-out helping patients undergo eye tests and pick frames for glasses. Though only a young charity, SeeBelfast is nominated for a  prestigious award and are well-worth a vote here.

Over the past 48 hours, I’ve been involved in a series of meetings aimed at sorting out the obscenity of the waste and fraud at the heart of Renewable Heating Incentive scheme. When the talk is of hundreds of millions of pounds, it easy to lose sight of how even a small amount of money can alleviate hardship and suffering. However, a few hours spent in the company of the “least of these” is a reminder — if one were needed — of the extreme urgency of the task ahead.
Next Sunday, I’ll be taking a break from blogging to celebrate the birth of that celebrated migrant sent to bring peace to all men and women. Go raibh Nollaig faoin shéan agaibh uilig. Wishing all our weekly readers a happy and peaceful Christmas.