Respecting the heroes who survived ‘hell upon earth’ 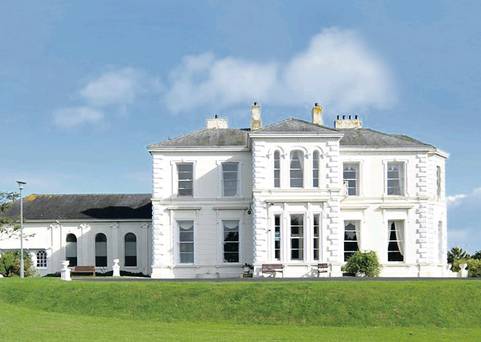 Respecting the heroes who survived ‘hell upon earth’

On Wednesday, I will travel up to Banbridge to attend the Historic Institutional Abuse Enquiry set up to find the truth behind the shameful persecution of children in what should have been places of shelter, succour and care.
Over the past 24 months, I have had the privilege of meeting many of the heroes who survived unspeakable horrors at the hands of guardians who betrayed the trust placed in them by the state and by society.

Much of the abuse was carried out by members of religious orders who used clerical garb to disguise their ruthless actions. Growing up, I always felt institutions like St Patrick’s Boy’s Home in Andersonstown, Nazareth Lodge on the Ormeau Road and Rubane House in Kircubbin, Co Down, were places of deep sadness. What I didn’t realise was that they were also places of shocking suffering.

I have sat around a table with the victims and heard appalling stories of rape and physical and mental torture but the account which chilled me most was from a middle-aged man who revealed how as a boy the De La Salle Brothers at Rubane House stripped him after he wet the bed and laid him out him in an industrial clothes dryer. “The next time you wet the bed, we will turn this on,” they warned him. No wonder another survivor billed Rubane “a hell upon earth”.

This week, a decision was taken to extend the Abuse Enquiry for another year so that it can hear more evidence. In the meantime, no financial redress has yet been made to the victims. I have pledged to do my best to ensure the victims and survivors get the truth, justice and swift redress. After all, it’s not just recently that this appalling abuse was brought to society’s attention: sworn accounts of this torture have been in police and church files for 50 years and more.

The survivors and victims are trying valiantly to rebuild their broken lives and it was my pleasure to meet the irrepressible Mags McGuckin, voice of the SAVIA campaign, in Stormont this week. The victims and survivors deserve our respect and support in recognition of their humanity, their fortitude and their tireless quest for justice.

In a busy week, I raised the plight of Syrian refugees in the Assembly — and I’m pleased negotiations have now begun with the Home Office in London to accept some of the refugees suffering in the humanitarian crisis of our age — and launched my campaign for the Westminster election in May in the company of the Chief Executive of Optimism in the Executive Martin McGuinness and the Chief Scourge of Austerity and the Coalition Government Mary Lou McDonald TD. If you missed our live feed (and someone was watching from Kosovo!), you can catch up again here.

Finally, work has started on bringing four Boston-area ice hockey college teams to Belfast in November 2015 in a sporting initiative which will seal our Sister City relationship. This transatlantic partnership also has the potential to be a tourist bonanza for the city. And of course Belfast, to the surprise of many in the diaspora, is a great ice hockey city. Indeed, the Belfast Giants are reigning champs in the Elite League and were in battling form on Friday night when they read the riot act to our Celtic cousins in the Cardiff Devils. I hope you enjoy this Cycloramic image of the full house at the Odyssey for that stirring game.