Nothing is more pro-business than a decent and fair society 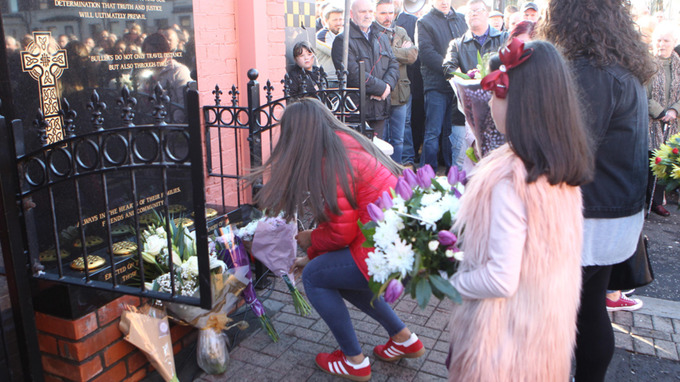 Nothing is more pro-business than a decent and fair society

On a 24-hour visit to Brussels this week, I heard voices from many nations raised against the calamity of Brexit.

European Parliamentarians from many sides pledged to me their determination to stand four-square behind the democratic right of the people of the North to remain in the EU.

That resolve is in stark contrast to the efforts of the Tory Government to foist what Theresa May has called “a red, white and blue” Brexit on the 56 per cent majority which voted to Remain. 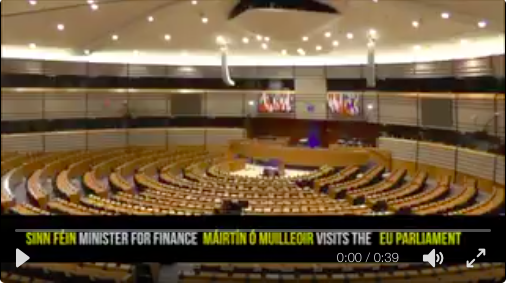 After all, our situation is clearly special.

No other region has received hundreds of millions of pounds in peace funding from the EU. Indeed, the Irish peace process is rightfully seen as the crowning achievement of the EU. As guarantors of the Good Friday Agreement, the states of the European Union will not readily turn their backs on those who have built that peace over the past two decades.

And of course, uniquely, the people of the North of Ireland are citizens of an Irish state which remains very firmly committed to the EU principles of co-operation and coexistence. The numbers demonstrating that allegiance by holding Irish passports have increased since the Brexit vote.

Add to those special circumstances, the fact that the only EU land border imposed by Brexit will be on the island of Ireland – bringing economic devastation in its wake  — and you have all the elements needed to insist on a special designated status for the North within the EU.

I believe European Parliamentarians and leaders will stand by us if the Irish Government act assertively to stop the Brexit bulldozer. And then, of course, we must raise our voices too, right across the island of Ireland. Our future lies in Europe not in the cul-de-sac of Brexit.

I rounded off the business week on Friday addressing 200 business leaders — the economic backbone of Belfast — at my South Belfast election launch.

I was honoured to have Donegal TD Pearse Doherty, Sinn Féin’s Finance spokesperson in the Dáil, travel from Donegal that morning to join our business breakfast and address our audience on the absolute imperative of an all-island economy.

In my comments, I asked business, at this make-or-break moment in our peace process, to go beyond the usual ‘holding-the-ring’ rhetoric but to come down on the side of justice and civil rights.

Business is vocal in relation to corporation tax, rates, skills and investment — and so it should be.

But those of us who respond positively to those messages also see this as a two-way-street. There are things wider society needs to ensure the gains for peace, justice and equality of recent years are not rolled back.

Prime among those is respect, parity of esteem and the delivery of the promise of the Good Friday Agreement.

In the American black civil rights movement of the sixties, injustices became untenable when businesses said they would no longer turn a blind eye to discrimination and segregation.

Here, discrimination on grounds of religious background fell when our biggest businesses said they would embrace laws guaranteeing equal opportunity for all.

Today, we need businesses and business organisations to speak up for an Irish language Act, for marriage equality, for respect for our democratic right to remain in the EU, for real powersharing.

In short, business needs to make it clear that nothing is more pro-business than a decent and fair society.

Finally, on Sunday, I had a chance to celebrate diversity and tolerance — and stand with those thirsting for justice. This morning, I joined the congregation of Iglesia ni Cristo, a church serving the ebullient Filipino community, before visiting the Islamic centres of Belfast which had opened their doors to the community in order to encourage mutual understanding. And in the afternoon, I joined the families of the five Lower Ormeau residents — ranging in age from 15 to 66 — who were gunned down 25 years ago today by loyalist gunmen operating hand-in-glove with British Military Intelligence and the RUC Special Branch. The Sean Graham Bookmaker killings are among the most infamous in the sordid history of collusion, an evil which, the British Secretary of State says, we should no longer mention.

But isn’t calling it for truth and justice what we are about — whether on Brexit at the European Parliament, or on breaking the political impasse in Belfast? And is there more hollowed ground on which to demand a genuine peace process than on the Ormeau Road with the wounded and grieving of a once-beleaguered community which will not be silenced until it obtains the truth and justice Jack Duffin, Willie McManus, Christy Doherty, Peter Magee and James Kennedy deserve?