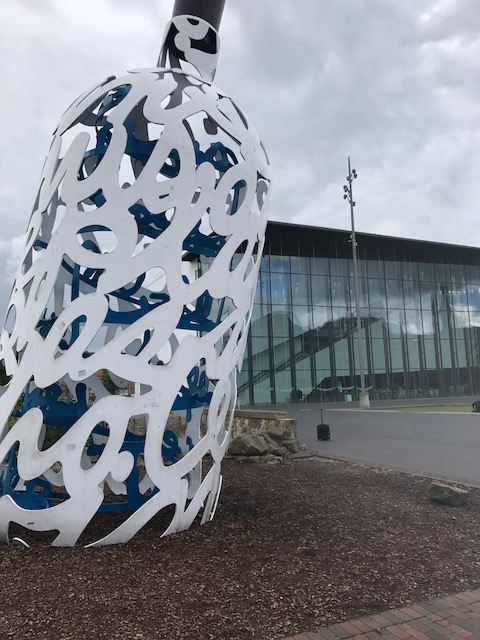 I went to Middlesborough to see their famed Institute of Modern Art and discovered a world.

The world of Useful Art that it.

Until my visit, I wasn’t aware that there was a global network out there which had given a name to the work carried out by our friends in the West Belfast fest Féile an Phobail and latterly EastSide Arts in East Belfast: transforming the world for the better with art.

I was in the tough-as-teak northeast English town to see their spunky exhibition on the Thatcher era entitled Wilderness Way and including a major seventies work of art by our pal Conrad Atkinson on the plight of Cumbria’s iron ore miners.

The exhibition, which references the H-Block hunger strikes as background, is at once defiant and redemptive. In its no-holds-barred skewering of the Tories —then and now —  it is absolutely heroic.

But I was even more taken by the gallery’s participation in the global Useful Art movement. Its entire philosophy is summed up in the words of John Ruskin (on the wall at MIMA to make things easy for visitors) which I spotted when given the guided tour by director Alistair Hudson: “Art…must never exist alone, never for itself.”

Which is exactly why I believe it’s well past time we built the £38m, dual-site 21st Century art gallery long-promised for Belfast and Derry. Middlesborough is half the size of Belfast but its art gallery has helped transform the city and provide a beacon for inclusion, respect and diversity — the opposite of Wilderness Way. I issued a press statement to that effect which was particularly welcomed in Derry where the absence of a visitor attraction of the scale of Titanic Belfast continues to hamper the city’s rise.

But it’s not, as I said, that useful art as a concept is a new idea in these parts, Féile, EastSide Arts, and the glorious celebration yesterday known as Pride are all evidence that the ideal is long-established here. The challenge now is to build an international art gallery which would connect, engage and inspire the change we are waiting for. 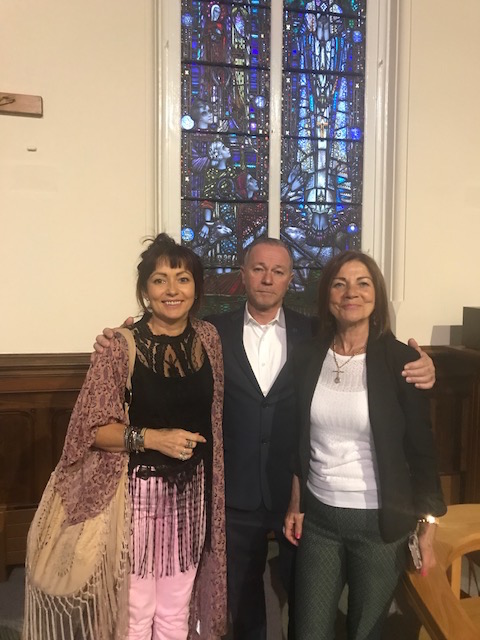 Féile is also a time when we get to roll out the red carpet visitors from across the globe, none more welcome than Robbie Hunter, a son of Sailortown, who has gone on to lead the California Budling and Construction Trades Council after spending 30 years on skyscrapers as an ironworker. Robbie earned his spurs the hard way by taking on scabs and thugs drafted in to break unions on buildings sites across the Golden State. Not a good idea when you’re dealing with a New Lodge man. Despite a bust lip and black eye after a beating by hired goons, Robbie went on to clinch a series of landmark victories for the building trade unions. All of which has translated into more work for his 400,000 members and a bright future for their 60,000 apprentices. Now he wants to see the same progress made here to ensure young people in the New Lodge and on the Shankill can get well-paid long-term work in their home city. On his visit to Féile, Robbie, joined by sisters Martin and Ann, got to admire the Harry Clarke stained glass windows in St Mary’s University College.

Finally, I have marched the Falls many times but on Sunday next, I’ll get to run it with hundreds of fellow-joggers in the Féile 10K sponsored by Gymco. It should be a great way to close this great celebration of community. They are still taking late registrations online or by calling 02890-611916.You haven’t really seen West Belfast until you have run the Falls. See you there. 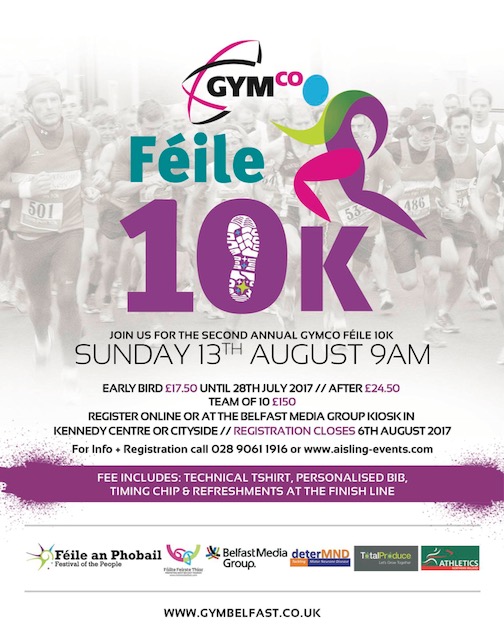