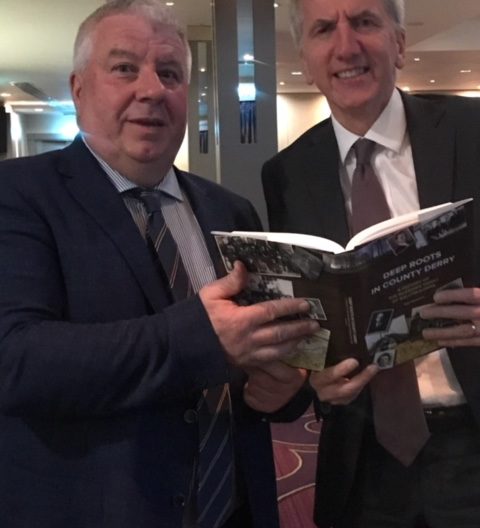 I will be Derry tomorrow on Brexit business — and the latest Sunday Times article by Theresa May in that regard is as devoid of details and as free of facts as anything she has said on the subject over the past 23 months — meeting local business and community leaders to press the case for the EU status quo to be retained.
However, not many know that any visit to Derry for me is really a homecoming.
Because my people have deep roots in Co Derry, especially around the market town of Magherafelt and the townland of Ballymulderg Beg (Small Town of the Bald Headed Red Men!).
I always knew something about my connection to South Derry but courtesy of an epic labour of love by my distant cousin Noel McKeown, I am now an authority on the three century contribution of the McKeown family to that great county.
It’s a story which was disrupted in May 1922 when the ‘Specials’ raided my grandfather’s farmhouse and shot his brother James dead. My granda was shot eight times but survived, as did his brother Frank who took 16 bullets. A fourth brother Henry, an IRB and IRA leader loyal to Michael Collins was arrested later that year and interned on the Argenta prison ship. On his release he was expelled from the new Northern state. In a cruel twist of history, Frank’s son Frankie was murdered by the British Army in West Belfast in 1972.
As we gathered in Co Monaghan last week — the county to which many of the McKeowns were driven after the attack — for the launch of Noel’s authoritative book Deep Roots in County Derry, there was hardly a dry eye in the house as the story of both those killings was recounted in the presence of Frankie’s six children.
And yet, the night was about so much more than death and disruption for the work focuses also on the progress made in the almost 100 years since the McKeown home was raided. And it does so with a great forgiveness and spirit of redemption which continues to fuel the forward movement of our peace process.
I salute Noel’s gracious closing paragraphs in his book: “Many families across the religious and social divide suffered the same loss, as loved ones lost their lives in the troubles; so many families were ripped apart by this violence. It is a tribute to the McKeown family, highlighting resilience in the face of adversity and persistence in all of their endeavors, that they have forged out a new path for themselves. While members of the extended McKeown family lost parents, siblings and children to early deaths, it is a testament to their memory that they have looked ahead, building a bright future, while carrying the loss in their hearts. The lasting memory of this history of our family is not to glorify violence but rather record the history of the McKeown family, the resilience of so many members of the family in the face of aggression, and the success and fortitude of family and friends throughout the generations.”
I felt that same generosity of spirit, truth be told, seven days later at the packed ‘recommissioning’ of Saintfield Road Presbyterian Church, damaged by arson two years ago. The new church itself is a tribute to the architects and builders who have restored a magnificent place of worship but the really impressive part of the evening for me was the goodwill and warm welcome afforded those ‘strangers’ who were invited to the celebration. As one of the preachers pointed out, the Good Book tells us that sometimes you have to cast your net in the other direction if you want to get a catch.

It has been suggested to me that since Philadelphia made its way into the title of a Brian Friel play, it can fairly throw its hat into the ring for the title of Capital of Irish America. I will certainly get to test that theory this coming Friday night when I will join 50 of Irish America’s finest family-owned companies at the Irish Echo Small Business-Big Impact Awards in the City of Brotherly Love. There are some outstanding entrepreneurial stories among the fifty and I note that the internet poll for Irish America’s Favourite Small Business is setting the internet on fire. But my vote for the best Irish American business journey from Philadelphia goes to MRP, a company founded by three Irish American friends which now boasts a workforce of several hundred in Philadelphia itselfAND 150 employees in Belfast. I’m also delighted that Mayor Jim Kenney of Philadelphia will attend as guest of honour to address the sons and daughters of Irish immigrants whose own lives were disrupted on their native soil but who succeeded, against all the odds, in forging a new life in America. 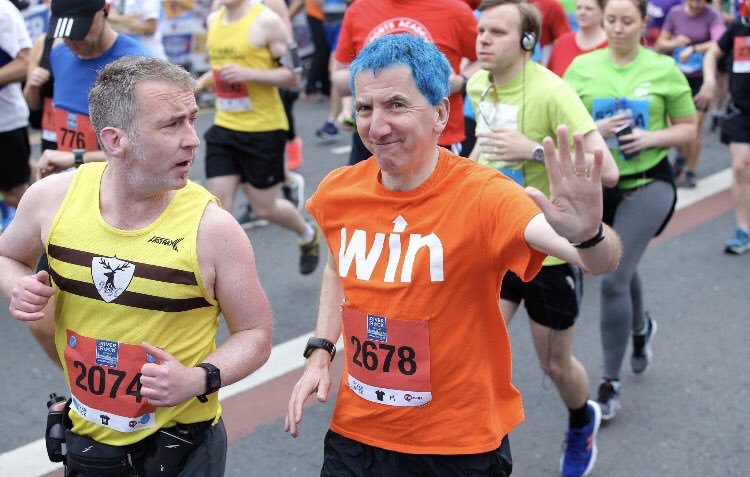 In the long run: Finally, a big thanks to the organisers of this year’s Belfast Marathon, which was marred by the death of runner Stephen Heaney. The marathon is an occasion of great joy and I know Marathon Board chairman Davie Seaton was distraught at the tragic turn of events. However, I also know he and his colleagues are resolved to keep the marathon spirit alive and plan major enhancements in next year’s race. I commend their efforts to build the Belfast community through the power of running and support them in their contention that it would be barmy to force the marathon out off business by insisting it cover the cost of policing on the day. Belfast can’t afford NOT to have its marathon so let society absorb the cost of policing – as we do for myriad parades — and ensure this day of unity and togetherness keeps on running. I found this year’s marathon the toughest ever — but I am sure I could rise to one more! (Pic by Kelvin Boyes)