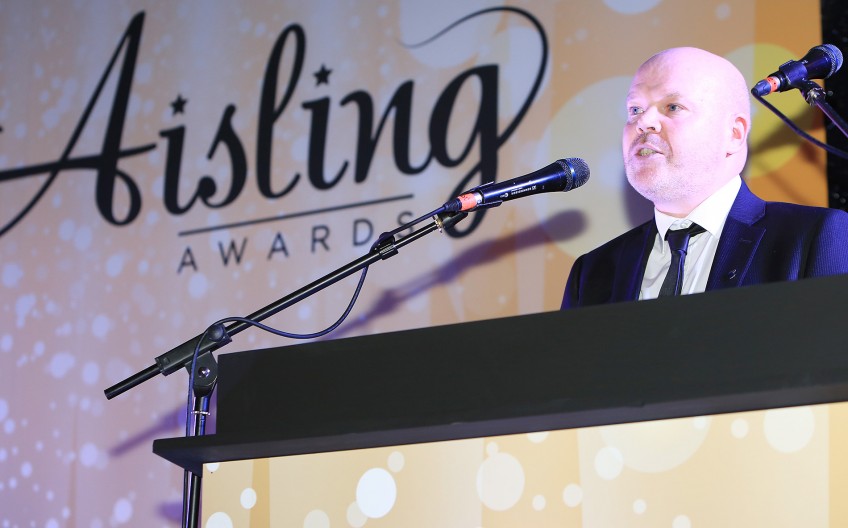 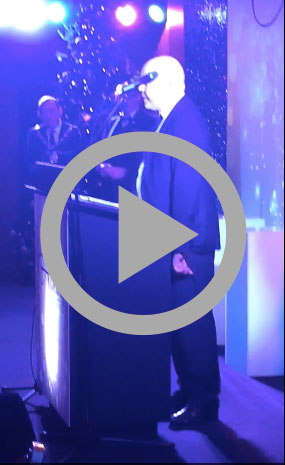 Anto Finnegan has always been an inspirational figure to all who know him. On the GAA park where he was the most memorable Antrim football captain of our time and now off the field as an indomitable campaigner to raise awareness of Motor Neuron Disease.

Diagnosed with MND in 2012, Anto has not shied away from sharing with the public his battle with that cruel condition. Indeed, he has used his profile and stature in order to raise funds for those searching for a cure for Motor Neuron Disease.

A cure not for him but for those out there who don’t even know yet that MND is fated to be part of their future.

That selfless giving and boundless generosity is at the very heart of the Belfast we love, that’s the true spirit of the Aisling Awards. For those reasons and more, I was privileged to announce Captain Courageous Anto Finnegan as our Aisling Awards Person of the Year 2015 in front of 400 guests in Titanic Belfast on Friday night.

His acceptance speech – which followed the longest standing ovation I have ever witnessed — was a masterpiece of humility and leadership, impassioned and poignant by turn with a special mention (as you can see in this video clip) for his proud wife Alison, son Conall and daughter Ava who accompanied him.

The Aisling Awards came as a highpoint of the festival of ice hockey we enjoyed this week as four outstanding Massachusetts ice hockey college teams came to Belfast to play the Friendship Four tournament. UMass Lowell emerged triumphant after a thrilling game on Saturday night but the real winner was the sister-city relationship between Belfast and Boston which has deepened immeasurably as a result of this initiative.

Making this dream of the first-ever college ice hockey games for points outside North America were the Lord Mayor of Belfast Arder Carson and his Boston counterpart Marty Walsh. While Mayor Walsh couldn’t travel from Boston to be with us, he did dispatch a high-powered team to represent him and develop the business bridges which unite our two cities.

Among the many engagements that group (including Rep Dan Hunt who addressed the Aisling gala) was a visit to Tyco, a worldbeating Belfast company with a major operation outside Boston.

John Donovan, Chair of the Boston-Belfast Sister City Board in Boston has promised this exchange will lay the foundations for even more fruitful collaborations between our peoples.

Finally, on Saturday next I will be hosting a coffee morning in the Invanhoe restaurant in Carryduff as part of my continuing engagement with that buoyant community on the fringe of South Belfast. As part of my pledge to ensure the district is properly resourced, I have also tabled a Stormont debate on the sustainable development of the area. You are welcome to join the discussion next Saturday.