Assembly Election 2017: Do I have work for you? You betcha! 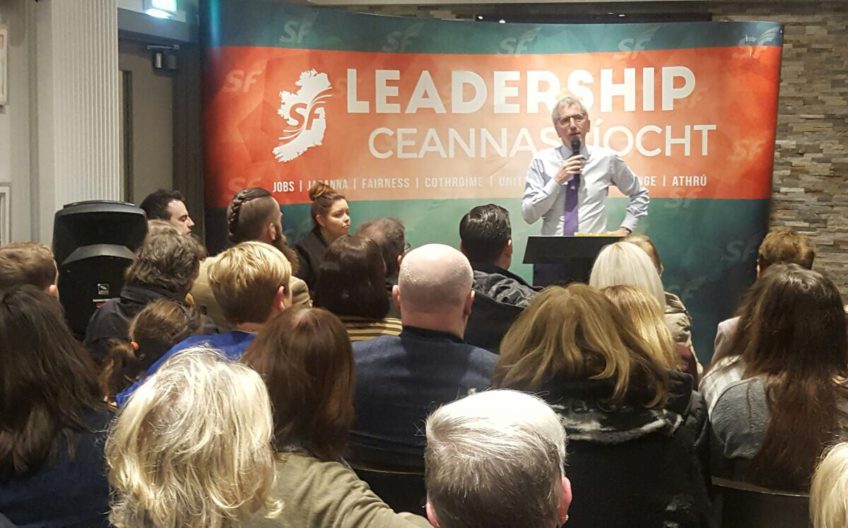 Assembly Election 2017: Do I have work for you? You betcha!

February 26, 2017 Máirtín Ó Muilleoir Blog 0 Comments
We are olanow into the final furlong of this vital Assembly Election.
At stake is our determination not to be turned back in the face of corruption, arrogance and bigotry.
With your support on Thursday 2 March, I hope to return to the Assembly as a tireless adovcate for partnership, powersharing and equality.
However, the fight for a seat has got harder.
In this election, there are just five seats in South Belfast — a reduction of one.
The quota for a seat has risen from 14.2 per cent to 16.6 per cent. Last year, I received 14 per cent of the vote.
Closing that gap, increasing the Sinn Féin vote, is the urgent task that faces us if we are to ensure South Belfast still has a strong Sinn Féin voice.
How can you help?
Tomorrow (Monday 27 February) we meet in the Devenish, Finaghy Road North, at 7pm for a final gathering of supporters before the election. We will then start the distribution of 20,000 leaflets across the constituency, work which will continue on Tuesday and Wednesday. If you can help, please come join us.
But Election Day is also crucial. We need as many volunteers as possible to volunteer for as many hours as they can afford to hand out leaflets outside the polling stations. My experience is that this polling day presence makes a real difference.
I have asked the republican and progressive people of South Belfast — the voters I have described as the Rainbow Coalition — for assistance again and again since I was returned to Belfast City Council in 2011 as Councillor for Balmoral. At this defining moment, in the most important election of our time, I am once again asking you to step forward. I know you won’t let me down.
If you’re one of the many readers of this blog from outside Belfast, you can help by showing your support on social media and by following my election odyssey on Twitter at @newbelfast
You can also catch up with a busy week of media appearances on Talkback where I took listeners’ questions and on the Nolan Live TV show on BBC. After that show, it was back to the future with the DUP when their former minister Nelson McCausland refused to shake my hand.